WASHINGTON — The Army officer in charge of overseeing treatment for troops suffering from brain injuries and psychological trauma has been reassigned until an internal investigation into his management of the office is completed, a senior Pentagon official said Thursday.

Col. Robert Saum is being replaced as acting director of the Defense Centers of Excellence for Psychological Health and Traumatic Brain Injury, the official said. The Associated Press reported Wednesday that Saum has been accused by an office employee of unwanted sexual advances and creating a hostile workplace. The Pentagon inspector general is investigating. 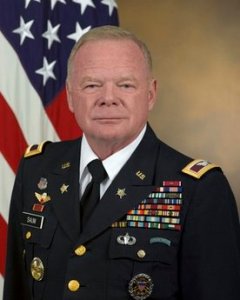 This man does not deserve to have the honor of wearing the uniform of the United States Army however integrity in the Army is something that is only written on paper to look good and not really used in practice.

I am having a problem understanding why they reassigned him instead of discharging him. Where is the justice for the brave victims that came forward? He going to continue doing this wherever they assigned him-changing his job is not going to make the problem go away but only contribute to having more victims. I know I wouldn’t want to work under someone that was reassigned to my unit due to sexual harassment allegations.